Once you understand them, graph applications are found everywhere: having applications in retail, computer science, natural language processing, cyber analytics, and many other fields. For example, products on a retail website can be seen as nodes, and edges can be drawn between nodes if a customer purchases both items in a transaction. This data could fuel a recommendation engine that could be used for targeted advertisements or product placement. More generally, graphs networks can be used to answer classification problems, clustering problems, as well as unsupervised and supervised learning problems.
In this talk Shauna will provide an introduction to graph neural networks (GNNs) and their applications. She will build up and discuss what a graph is and discuss how the theory and applications have evolved to the point where large, complex problems can be solved with graph neural networks in a scalable manner - something that was not practical just a couple of years ago. We will discuss multiple use cases where Novetta has applied GNNs to address some of our customers’ challenges and provide the audience with the tools to implement them on their own.
The study of graph theory dates back to Euler, who wanted to find the shortest path around a city while crossing every bridge. In a more modern sense, the development of PageRank, which is used by Google to rank search results, opened up the door for scalable graph technologies that are used in production. In the past couple of years, graphs have been applied to many different applications and techniques previously reserved for euclidean-type data, such as deep learning and neural networks. We will discuss some of the major contributions such as PinSage’s use of graph neural networks for a recommendation system, and DeepWalk, which is a graph network that learns embeddings of words in sentences.
We will also discuss the use of libraries and technologies that aid in graph neural network solutions such as graph databases, PyTorch Geometric, Deep Graph Library (DGL), and NVIDIA RAPIDS.
Finally, we will discuss how we applied graph neural networks to the problem of classifying unstructured text documents by similar topic in a large scale manner.

GET STARTED >>
Shauna Revay is an applied machine learning researcher for Novetta's Machine Learning Center of Excellence. She specializes in rapid prototyping of ML solutions spanning fields such as NLP, audio analysis and ASR, and the implementation of graph neural networks. Shauna earned her PhD in mathematics at George Mason University where she studied harmonic and Fourier analysis. She pursues research in interdisciplinary topics and has published papers in mathematics, biology, and electrical engineering journals and conference proceedings. 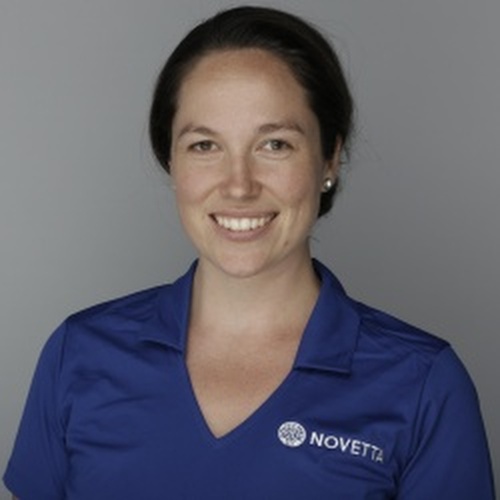 We suggest moving this party over to a full size window.
You'll enjoy it way more.
Close
Go Fullscreen